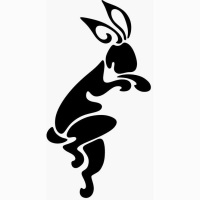 I woke up this morning and did my usual.  Poured a cup of coffee that was left in the pot from earlier in the morning.  It was cold of course, so I put in the microwave to heat it up.  My husband gets up early in the morning for work and has a pot of coffee made, but only uses about half.  Instead of wasting a half pot of coffee, I drink it when I get up.  This morning, I thought to myself…I wonder if there is a coffee maker that has a reheat feature.  With coffee in hand, I sit down at my pc and start to search for coffee makers with this feature.  I was surprised that I didn’t find any.  So, now I’m wondering why?  Why hasn’t anyone done this?  Maybe, it’s not considered necessary.  Maybe, it can’t be done.  Maybe, no one thinks it’s something people would want.  Personally, I would like it.  Yeah, popping a cup in the microwave for about a minute does the trick.  Would it be better if someone could incorporate a reheat feature though?  My husband just turns the coffee maker on again when he plans on having another cup.  I think that doing that will wear the coffee maker out a lot quicker than regular use.  My mom pours the old coffee back in and recycles it and I think that would mess up the coffee maker after awhile as well.   Basically, I’m curious.  Would any of you like to have this type of feature on their coffee maker?

StyleBreakdown
My great Wordpress blog
The Growing Stone of Hope! Each Click makes a difference!